After the assassination of Iranian Major-General Qassem Soleimani, has the United States issued a declaration of war? The following information comes out of NBC News and Aljazeera. 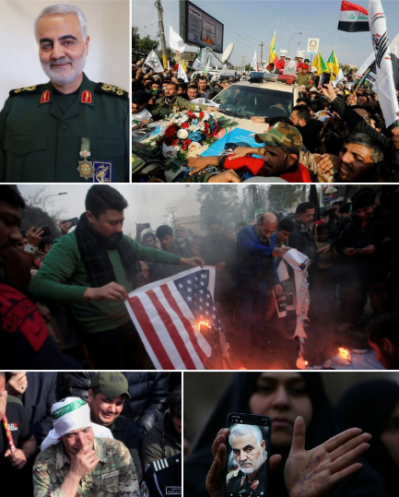 Major-General Qassem Soleimani, head of Iran’s elite Islamic Revolutionary Guard Corps’ (IRGC’s) Quds Force, was killed in an airstrike at Baghdad International Airport. Many are unsure of whether the attack was to bring Tehran to its knees or the negotiating table. The Trump administration’s previous goal seemed to be driven by forcing a peaceful accommodation with Tehran over its nuclear program and regional policies, but this attack changed everything. Iran has indeed vowed revenge.

General Soleimani directed violent anti-U.S. campaigns for more than 15 years. The Department of Defense justified the assassination by issuing the following statement.

General Soleimani was actively developing plans to attack American diplomats and service members in Iraq and throughout the region. General Soleimani and his Quds Force were responsible for the deaths of hundreds of American and coalition service members and the wounding of thousands more. He had orchestrated attacks on coalition bases in Iraq over the last several months – including the attack on December 27th – culminating in the death and wounding of additional American and Iraqi personnel. General Soleimani also approved the attacks on the U.S. Embassy in Baghdad that took place this week.

This strike was aimed at deterring future Iranian attack plans. The United States will continue to take all necessary action to protect our people and our interests wherever they are around the world.

Within hours after the attack, Iraqi legislators demanded that U.S. troops, numbering 5,000, be voted out of the country; the prime minister reluctantly agreed. Iran will most likely utilize its allies in Iraq to set up attacks on U.S. bases in the Middle East as well as U.S. allies like Saudi Arabia and Israel.

To check out the full articles, click here and here. If you have any additional information, feel free to comment below.