I was listening to a podcast earlier when the host asked a very interesting question: Is monogamy a natural occurrence in humans or is it cultural?

Monogamy is defined as the practice of being married to one partner. Here in the West, the societal norm is to fall in love with one person, get married, start a family, and live happily ever after. But that “happily ever after” has turned into a flawed concept since 50% of all marriages end in divorce or separation. And according to the National Institute of Health, infidelity is one of the top-cited reasons for divorce.

About 45-50% of married women and 50-60% of married men cheat on their spouses, infidelity in the United States accounts for 20-40% of all divorces, 42% of divorcees reported having more than one affair, and a Gallup poll reported that more than 62% of partners said they would file for divorce if they found out their spouse was having an affair. So the questions become, what is our issue? As a society, are we that undisciplined? Is it unnatural for us to be faithful to one person? And if so, what is the solution?

This led me to the concept of polygamy. 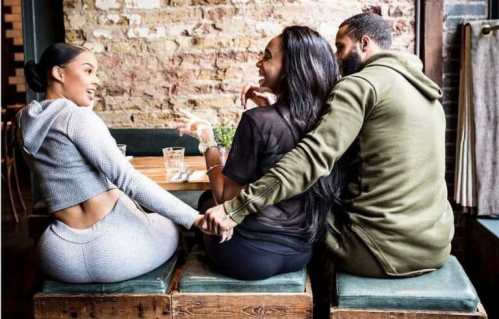 In social anthropology, polygamy is the practice of marriage to more than one spouse. Human polygamy consists of three forms:

George Peter Murdock’s The Ethnographic Atlas Codebook recorded the marital composition of 1231 societies, between 1960-1980, and found that 186 were monogamous, 453 had occasional polygyny, 588 had frequent polygyny, and seven had polyandry. But even with this data, polygamous relationships are still not as common throughout the world. Taking on more than one wife, in particular, requires a considerable amount of resources that the vast majority of men don’t have. As for the factors that influence polygyny, New World Encyclopedia advised the following:

In regards to the law, secular countries with large Jewish and Christian populations refuse to give polygamous marriages official recognition. This lifestyle is mostly practiced amongst Muslims in Africa, Saudi Arabia, and the United Arab Emirates. Sharia (Islamic law) is common in Muslim countries and it states that a man can only marry as many wives that he can afford to care for properly, with four being the total. Many countries in Africa and India are influenced by Sharia, and although Africa has multiple cultural and religious influences, this law reflects its diversity.

Now that we have an idea of its history, can polygamy solve the infidelity issue here in the West? In my opinion, it can. The excitement behind cheating (not that I would know anything about it) is centered around living a double life and hiding your lover from your spouse. Well, if you bring that lover to the forefront and make them an official family member, won’t that make things easier?

When it comes to my community, polygamy has become a trending topic. It’s no secret that there is a ratio imbalance between available Black men and Black women, and this union would solve a communal problem if done properly. The Pan-African Alliance argued that polygamy is beneficial for family units, particularly those headed by single mothers; it increases learning opportunities for the family; it reduces expenses; it can create and bring a community together; it can also heal our collective consciousness.

With the dysfunction in our society, particularly with our families, I’m open to hearing anything at this point. I do agree that these unions require a certain amount of resources, so well-established men and women should be leading this conversation. And having a sexual variety should not be the focal point either. If that’s the case, there’s no need to be married.

But that’s another conversation for another day.