In a previous post, I discussed Fukushima and the dangers of radioactive water being released into the Pacific Ocean. Well, I recently came across another article that added more fuel to my paranoia. According to The State, radioactive uranium has leaked through the floor at the Westinghouse Nuclear Fuel Factory southeast of Columbia, SC. 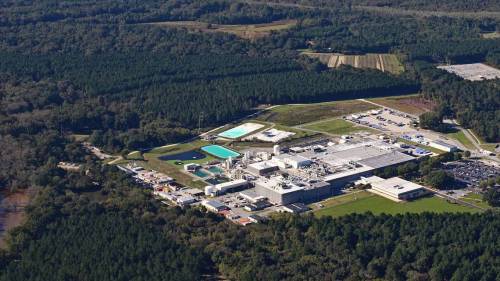 The U.S. Nuclear Regulatory Commission has advised that uranium seeped through a 3-inch hole in the section of the plant that contains a hydrofluoric acid spiking station. Their records show that uranium reached 4,000 parts per million in the soil beneath the plant, with those levels being 1,300 times higher than the uranium typically found in soil. Officials with the S.C. Department of Health and Environmental Control say that they don’t believe uranium has left the site or threatened the water supply, but the results from the groundwater tests haven’t been received yet. Tom Clements, an anti-nuclear activist who tracks issues in the Westinghouse Plant, stated the following:

“It’s a pretty big concern if you have an unknown quantity of material containing uranium leaching into the groundwater.”

This isn’t the first incident to occur at the Westinghouse plant, which employs about 1,000 workers. They’ve had problems with groundwater pollution for the past 3 decades, and that’s not a good reputation to have. You can check out the full article, written by Sammy Fretwell, by clicking here.

If you have any additional information, please comment below.