Skip to content
We wear the mask that grins and lies,

It hides our cheeks and shades our eyes,—
This debt we pay to human guile;
With torn and bleeding hearts we smile,
And mouth with myriad subtleties.

Why should the world be over-wise,
In counting all our tears and sighs?
Nay, let them only see us, while
We wear the mask.

We smile, but, O great Christ, our cries
To thee from tortured souls arise.
We sing, but oh the clay is vile
Beneath our feet, and long the mile;
But let the world dream otherwise,
We wear the mask!

This past week I came across a viral story about a young couple from Cincinnati, OH, Markeice Brown and Mercedes Smith. 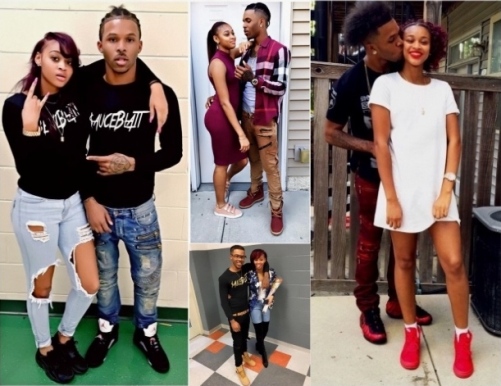 They look like a very cute and happy couple, right? Well, they recently committed suicide a few days apart from each other.

There hasn’t been any mainstream coverage on this story but based off of a few sources online, Mercedes (18) committed suicide in her college dorm room on April 20, 2017, and Markeice (20), after being harassed and blamed for her death online by her friends, committed suicide two days later on April 22, 2017. Markeice’s final video and his suicide note on Facebook advised that Mercedes was pregnant but didn’t receive any support from her loved ones. He also mentioned that they always told each other how much they hated life and that they would go out together.

The conversations about this couple’s tragic death seem to focus on impressionable youth, low self-esteem, online bullying, self-love, and etc. However, I feel like those topics are just an off-shoot to a much bigger problem within my community that is constantly ignored: mental illness.

According to the 2014 U.S. Census Bureau on Mental Health America, 13.2% of the U.S. population identified themselves as Black/African American. Out of that percentage, 16% had a diagnosable mental illness in that year; that’s over 6.8 million people. The U.S. Department of Health and Human Services Office of Minority Mental Health also advised the following information.

Despite the suicide rates, depression levels, and other psychological illnesses in the Black community, we refuse to seek professional help; which is proof that the best actors and actresses in this country’s history will always be African Americans. Because we act like we’re ok. 400 years of trauma—chattel slavery, reconstruction, Jim Crow, the war on drugs, mass incarceration, unemployment, broken families, poverty, misogynoir, abuse, abandonment, police brutality, and everyday racism. But our only solution is to “pray about it and suck it up.”

But none of those reasons negate the fact that we still need help.

We can continue to fool ourselves with bravado, materialism, plastic smiles, and filtered Instagram photos of perfection, but nothing will change on the inside. Take the mask off and start healing yourself. Whether it’s by speaking with a psychologist, calling the suicide hotline, gaining a knowledge of self (which has been working for me) or devoting your life to higher levels of spirituality, find your peace of mind. Because that’s the only way you’re going to fall in love with yourself and discover your self-worth.