Take the female and run a series of tests on her to see if she will submit to your desires willingly. Test her in every way, because she is the most important factor for good economics. If she shows any sign of resistance in submitting completely to your will, do not hesitate to use the bullwhip on her to extract that last bit of b*tch out of her. Take care not to kill her, for in doing so, you spoil good economics. When in complete submission, she will train her offsprings in the early years to submit to labor when they become of age.

Keep the body, take the mind!

Willie Lynch Letter: The Making of a Slave

I’ve been visiting the Bushman #1 Art Gallery & Event Center, here in Orlando, FL, quite frequently in the past few months and it’s been eye-opening, to say the least. Not only are the African art pieces euphoric, but the energy throughout the museum and the amount of information I receive upon each visit has helped keep me motivated on my convoluted yet necessary journey “Black Home.” The owner of the museum said something on my first visit, in regards to the uplift of the Black community, that’s been ringing in my head ever since.

That one line resonated with me because the conversations about Black liberation tends to solely focus on the material. Which shouldn’t be ignored because pushing a political agenda in order to gain much-needed resources so that African Americans can become a self-sufficient group is important, but what about gaining a peace of mind? What about mentally and spiritually liberating ourselves from an ideology that’s not our own? Many in my community would say that asking such questions is too sovereign and a little crazy because we’ve been conditioned to bask in ignorance and veil it as blackness for so long. And, somehow, we think that this ignorance is going to fix the problems in our communities that weren’t caused by us but are perpetuated daily.

What I find even more problematic about the plight of African Americans is the fact that our lack of knowledge of self is rewarded and used against us to keep us docile and disrespected by everyone. The media plays a huge role in the social engineering process, to the point where we will even reward ourselves for the foolishness and remain blind to what’s really going on. 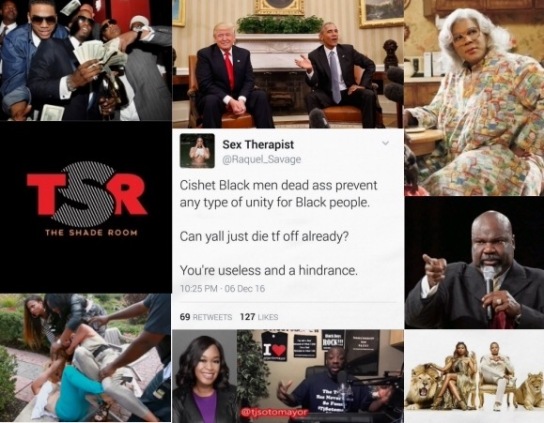 I took an oath awhile back to no longer pay attention to Black Symbols, and I’ve recently made the decision to add Black Social Media and Blackface Entertainment to that list. My journey towards mental emancipation is going to require focus, and there are some distractions that need to be kept in my rearview.

One of the professors from Afro Consciousness University advised that “the mind is a computer that has the password that unlocks our entire life.” So if the mind of our ancestors was taken against their will and generations of African Americans were anchored without a sense of self, what makes us think that our lives are going to change without getting rid of the computer virus that we all were plagued with. It’s going to require an immense amount of studying before we find ourselves. And for those within the community that still believe that American slavery was such a long time ago and what affected them has no effect on you, watch the following clip for me.

Willie Lynch letter: The Making of a Slave. (2009, May 22). Retrieved February 19, 2017, from http://www.finalcall.com/artman/publish/perspectives_1/willie_lynch_letter_the_making_of_a_slave.shtml