I finally had a chance to see one of the most controversial films of the year, The Birth of a Nation, and I wanted to provide a review. Before I get started, here is a clip of the trailer if you haven’t seen it already.

The story is about Nat Turner (Parker), an enslaved preacher that led a slave rebellion in Southampton County, VA in 1831. As a young boy, Turner learned how to read the bible, which ultimately led him to become a pastor to the fellow slaves. His slave master, Samuel Turner (Hammer), begins to take him across the country on a preaching tour, for profit, where he is used as a pawn to tame other slaves. However, this leads Turner to see more of the harsh realities of slavery that were hidden from his own plantation. Fueled by anger due to a sequence of events—one in particular that happened to his wife, Cherry (King)—Nat Turner, convinced by God, led a slave rebellion that killed 50 – 60 whites (multiple sources have cited different numbers).

I’ve mentioned in a previous post why I have never enjoyed films depicting American slavery. The clichés and the abuse were the primary reasons, but there was a certain level of censorship in regards to the abuse amongst slaves that made this film so much better than any other slave narrative I’ve seen; shout-out to actor and fellow Ram, Chris Greene, for his performance as well. There’s been a lot of controversy surrounding this film regarding Nate Parker’s personal life, which I’m not going to comment on. But I would be remiss not to voice my frustration towards a percentage of women who found the film to be problematic. One, in particular, was Dr. Leslie M. Alexander: professor of African American Studies at The Ohio State University. She wrote a review, which I urge everyone who has seen the film to read, and I wanted to respond to a few points that she made.

In her review, Dr. Alexander states that “Parker created a deeply flawed, historically inaccurate movie that exploits and distorts Nat Turner’s story and the history of slavery in America.” Debatable. There were moments throughout the film, particularly the ones leading up to the revolt, that have not been cited as actually being the cause for the revolt. Many sources are stating that Nat Turner used his call from God to lead his people towards a rebellion. So in that context, I understand her point.

However, she also criticized the “fabrications” of Black women throughout the film. “All of the women in Turner’s life were passive victims in desperate need of black male protection.”  She went on to state that it was “archaic” to cast black men as courageous saviors and black women as helpless victims. I wasn’t surprised by this comment since matriarchy, in relations to black men and black women, is the be-all and end-all. It’s always problematic for a Black man to aspire to protect or provide for a Black woman (nowadays), but there’s never a problem when a white man does it. 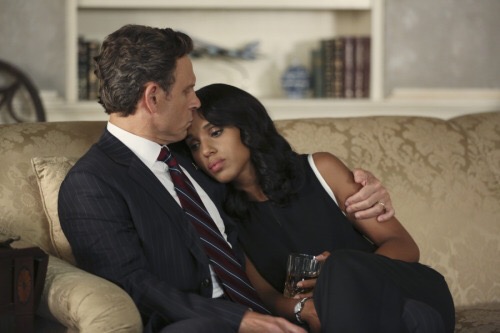 But when Dr. Alexander stated that Black people “hope that films about slavery will be cathartic for us—that they will heal our psychological wounds, honor our ancestors, and force whites to face their racism—but we will not find healing or redemption in The Birth of a Nation,” I had to laugh out loud solely due to her arrogance. Speak for yourself on that one, Dr. Alexander.

I would recommend this film to every Black man who’s tired of seeing the same tropes about us depicted in the media. Regardless of the negativity coming from others and our own, this story is a therapeutic light in a dark, never-ending tunnel called propaganda.